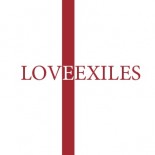 Torn Apart Because of Where You Are Born and Where You Want to Be, by Judy Rickard

When I was born in Oregon in the United States in 1948 I never thought that would mean I might have to leave my own country to be with my future spouse. But now, in 2011, that is what I face.

Today I know more than I ever thought I would about American immigration and marriage laws. My partner and I can’t get married because Immigration and Customs Enforcement would think my wife would want to overstay her visa – that she would have a reason to want to be with me in America. Duh!

Because we cannot marry with a federally-recognized marriage (thanks to 1996’s federal Defense of Marriage Act, DOMA) I cannot sponsor her for immigration as my spouse. She is not my daughter or mother, so American immigration law leaves us out.

Thousands of couples and families with children face this nightmare – and it is a nightmare. I wrote a book about it and Findhorn Press published it so you can read stories of affected families like mine. You can read the laws that have been proposed but not passed to help us – Permanent Partners Immigration Act, Uniting American Families Act, Reuniting Families Act and Comprehensive Immigration Reform of 2010.

Learn what groups work on this issue solely or primarily to help us – Immigration Equality, Out4Immigration and Love Exiles Foundation – as well as other groups who include same-sex binational couples in their immigration and LGBT work.

Order Torn Apart: United by Love, Divided by Law from Findhorn Press now and help Judy and Karin and thousands of others stay together – not be torn apart!

To order now, go to:
http://www.findhornpress.com/search/results.html?keyword=Torn+Apart&x=19&y=7

Use order code LOEX17 and $4 of your purchase price goes to the Love Exiles Foundation!

This entry was posted on February 26, 2011 by loveexiles in equal rights for families, US Legislation.